The musician shares his favourite spots to go in his hometown 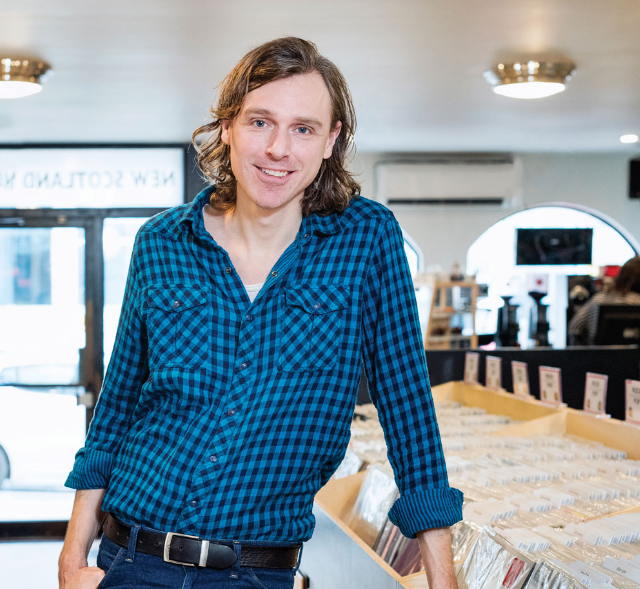 Musician Joel Plaskett loves his Maritime hometown. It’s here, at his downtown studio The New Scotland Yard that he recorded his recently released album Solidarity in collaboration with his father, Bill Plaskett. When not making music in his studio or on tour, he spends time in these Dartmouth destinations.

The New Scotland Yard Emporium
“This building on Portland Street used to be an old furrier and I moved my recording studio to the back where they stored the fur coats. When I opened the emporium, I asked Taz Records if they had any interest and my bass player Chris Pennell cuts hair, so we opened up this shared space with haircuts, records and coffee. We’re recording in the back and they’re sold out front. There’s something cool about that.”

Small-town vibe
“For many years, people from Halifax knew little about Dartmouth. It was affectionately, or not-so-affectionately, known as “The Dark Side.” But it’s seen a bit of a resurgence. To me, Dartmouth retains its small-town vibe. It’s a slow pace, but it’s an active, community-minded place.”

Best beaches
“There are a lot of beaches close to Dartmouth. You can boogie out of town quickly to Lawrencetown Beach, but you can also swim in the heart of Dartmouth at Lake Banook.”

Gluten-free bites
“I’m gluten-free, and there are great places to eat in Dartmouth. There’s a place called Evan’s Fresh Seafoods; I love the fish and chips. You wouldn’t know they’re gluten-free. There’s a crêperie right next door to my studio called Portland Street Crêperie and they have gluten-free savoury and dessert crêpes. I also love The Canteen on Portland and the Syrian food from Paradise Syrian & Multicultural Cuisine on Wyse Road.” [READ MORE]