HEY PEOPLE!
Been very busy over the past few months in the studio and gigging. Here are some of the projects I’ve been working on that are due to show up over the next few months.

Thrush Hermit – Complete Recordings- 7 DISC BOX SET- to be released on New Scotland. An epic project. Scrambling madly to get it together for the Hermit reunion tour in March (fingers crossed!). 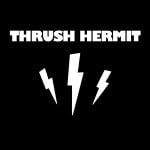 Disc 4 – All Technology Aside – 22 songs – outtakes, b-sides and unreleased

Disc 6 – Embarrass Ourselves Awake – hodge podge of really early material from Nabisco Fonzie, The Hoods, The Hermit and The Tim Robbins

Will also include a 24 page booklet with lots of photos and liner notes written by Rob Benvie.

Steve Poltz – “Dreamhouse”. Will be out in April or May on New Scotland both on cd and vinyl. Steve’s tunes are incredible. Psychedelic and personal, hilarious and heartbreaking. Steve rocked most of his guitar and vocals in first takes. Amazing! Produced & recorded at Scotland Yard. I played drums and bass. Steve just broke his hand skiing but he’ll be back with a vengeance soon.

David Myles– “Turn Time Off” due out on April 20th on his own label. I had a great time producing this record at Scotland Yard and we mixed it at Flying Blanket in Arizona with my good friend Bob Hoag (who recorded Ladeda). David’s tunes are smooth and super singable and it’s my most hi-fi production work yet if I do say so myself . His band kicks ass too.

Jeremy Fisher and Joel Plaskett- a month ago we recorded two songs we wrote together for a 7? single on New Scotland. Still waiting to be mixed but aiming for a release in the spring

Had a great time playing MSVU last night with my pa Bill (Happy Birthday Dad!) as well as joining City & Colour at the Rebecca Cohn earlier in the week for a unique version of The Day We Hit the Coast. Warming up up the pipes for the Hermit tour and the Emergency in St John’s NFLD on Feb 26 at Mile One!

that’s the latest! back to work.