The Guardian: Joel Plaskett and Bill Plaskett have a special shout-out to P.E.I. in advance of their concert 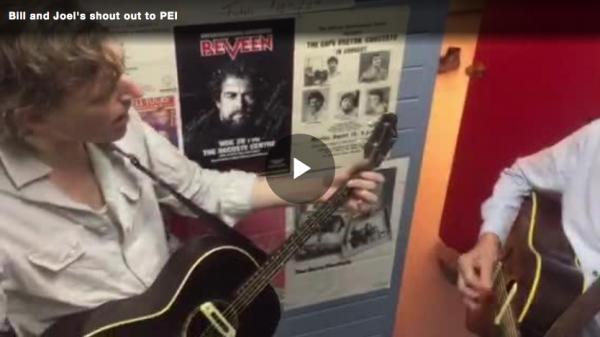 He shows no signs of slowing down with the release of his new album, “Solidarity”, which is a collaboration with one of his earliest musical influences, his father, Bill.

P.E.I. fans will get a chance to enjoy the music of both Plasketts when they perform in concert on Oct. 24 at Confederation Centre of the Arts.

Plaskett describes the experience of performing with his father as a welcome change.

“He’s always been a social musician and I rarely play music socially.” He goes on to say, “This record has allowed him to step onto a professional stage and for me to feel like I’m playing music socially again – it’s the best of both worlds.”

Plaskett and his dad have always talked about making an album together. This year they finally saw a window of opportunity and decided it was time to stop talking about it and do it.

“Making a record that has both our names on it and features songs that we worked on together has been really rewarding. He’s been a huge influence on me and I’m proud that this record showcases the musical connection we have.”

So where does Bill Plaskett come from? For that, look across the pond. He grew up in Dagenham on the east side of London, England. He started by playing tenor banjo that he learned from his father, but graduated to bass guitar and playing rock ’n’ roll in a cover band called Section 62 in 1962. [READ MORE]