Rock and Roll in Record Time 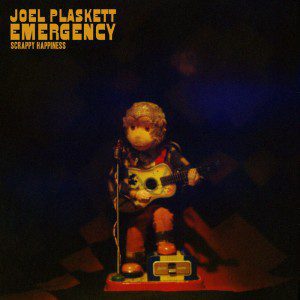 It should come as no surprise that the multi-talented and always unpredictable Joel Plaskett is taking a unique approach to the launch of his next record. Starting on January 10th, Plaskett and his band, The Emergency, will record and digitally release a song a week for 10 weeks. Plaskett is shaking up the standard process of recording and releasing, harkening back to the ’50’s and ’60’s when songs went from the studio to radio to the public very quickly. A physical version of the full record, Scrappy Happiness, will be released to retail on March 27th and will be followed by a tour starting on April 13th.

As Canada’s authority in national culture, CBC Radio will premiere each song as it is released on Radio 2’s Drive with Rich Terfry at 5:15 p.m. EST, every Tuesday starting January 10th through March 13th. The new single will then be premiered on The Craig Norris Hour on CBCRadio 3 every Wednesday between 11 a.m. and noon PST. Listeners and fans alike will follow along consecutively for 10 weeks while each track is premiered.

It is an ambitious project that combines the best of both worlds – using a decades old approach to getting music to the public quickly and taking advantage of new technology to communicate and interact with audiences. Plaskett will document the process through social media with vlogs, twitter and online chats which will be available at www.cbc.ca/joelplaskett

Starting January 10th, each song will be made available for purchase on iTunes as it is finished.

Tickets will be on sale Wednesday, January 11th.

Plaskett wrapped up 2011 by touring for his multi-award winning triple record Three with festivals and concerts in the US, the UK and Canada. Inspired by his thirty-third birthday, Three was Plaskett’s most successful project to date, garnering him a Juno award, six East Coast Music Awards, an Indie Award, two Canadian Folk Music Awards and three Music Nova Scotia Awards. He has also produced projects including David Myles’ award winning Turn Time Off and Sarah Slean’s Land from her double release Land & Sea.