Once upon a time – a music concert was all about fun … 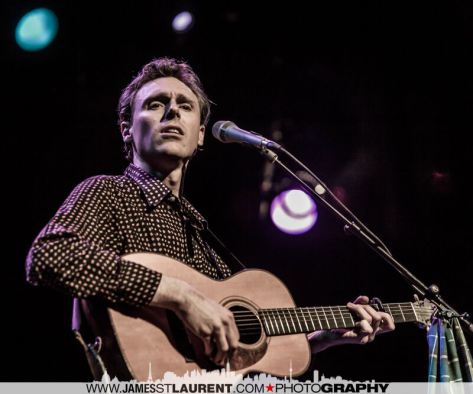 The bands got on a stage, played their guitar strings off and parlayed unparalleled enthusiasm into a crowd that expected to be entertained.

Due to many factors including big business – many times, this experience is a thing of the past. Thank goodness Nova Scotia – born Joel Plaskett lives in the past …

Plaskett and his ’emergency’ band set the Corona Theater on fire last Thursday evening in Montreal. The band is nearing the end of their Canada-wide tour and Plaskett et al ( including Socan songwriter of the year award winner in 2013 Mo Kenney), showed no signs of being tired.

Commencing with Alright / Ok from Plaskett’s latest CD; The Park Avenue Sobriety Test – the evening started with a catchy riff complete with catchy sing-a-longs and a catchy vibe. In short – catchy …! 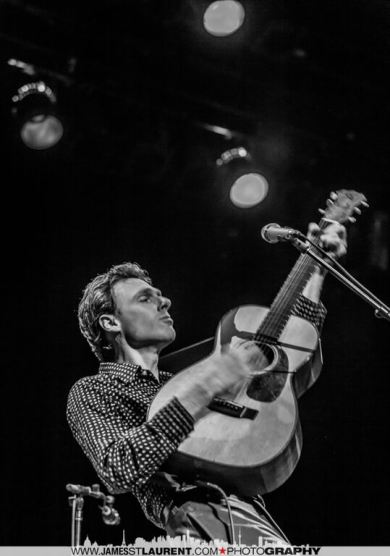 Listening to Joel’s new disc in a living room or in the confines of a music venue is the same thing. Rarely do acts manage to obtain this feat. Something is usually lost in translation. The energy may be off, the sound a tad pudgy – something, more times than not, leaves a sour taste in the punter’s ear.

The fact that Plaskett can duplicate the studio sound live and bring it to a higher level ‘ live’ is a nod to his superior songwriting skills. Lyrically profound, musically light with the proper edginess – Plaskett’s tunes need to be recognized by more than his devout fans …

The wonderful song ‘Broke’ from the latest disc displays balladry second to none. Plaskett’s soul crying from within to convey a story to the souls in attendance. Tales of realism are upfront in Joel’s songwriting and that deepness matches the realism from his band.

Performance -wise, Plaskett and his left foot are as real as possible. During guitar solos or in a poignant passionate moment , Plaskett’s foot becomes snake-like and propels his body all over the stage. Chuck Berry may have a duck-walk but – ladies and gentlemen; the snake-walk is indeed the new fad.

Plaskett’s energy and passion is contagious.

‘On a Dime’ ( another gem from Park Avenue) sneezes energy into the crowd and everyone catches the virus. Combining Celtic- East coast sounds with contemporary Country- esque Pop riffs is no easy task. Plaskett not only takes the audience to Nova Scotia – he plans the route.

‘The Last Phone Booth’ combines Rock n Roll and all it’s splendor with another wistful gem about the meeting of love. Plaskett’s love to his wife. Rarely does a performer capture hearts of the jaded. ‘Phone booth’ and the story within supplied so much tenderness – the security guys held hands. 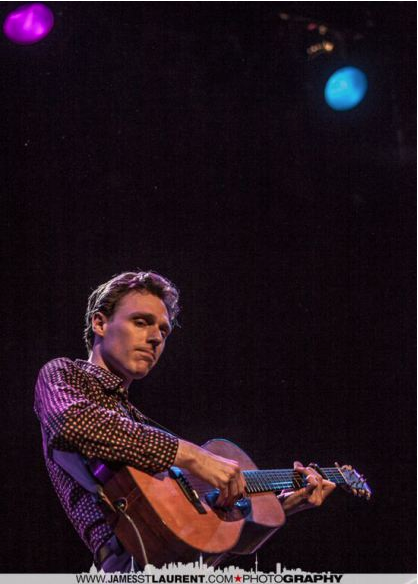 ‘Captains of Industry’ cemented the fact ‘Phone booth’ and ‘Broke’ were not flukes in Plaskett’s arsenal. Any doubters had their wrists slapped with Joel’s once again wistful, soulful singing and lyrics. Add a very Canadiana Blue Rodeo guitar solo – ‘Songs to listen to …’ should be the title of Plaskett’s next album. ‘Songs to be heard …’ should be on everyone’s Christmas list.

Joel Plaskett is the best songwriter in Canada at the moment. His concert and CD combine everything great about music. Hard Rock, Pop, Country, Balladry and some funky Jazzy – Hip Hop grooves. Toss in hints of everyone from The Band, Zeppelin, Jackson Browne and The Barenaked Ladies – what you get is a big party.

A get together which ends with …what else?