The Eden Mills Writers’ Festival celebrates its 25th anniversary by bringing the Joel Plaskett Emergency, Jim Guthrie, and Bidiniband back to Guelph. All three artists might be familiar to Hillside Festival patrons because each has performed there in recent years. Between them, these artists have won prestigious awards, cultivated loyal fans the world over, and left a permanent impression on Canada’s songwriting legacy.

This not-to-be-missed show is brought to you by the Eden Mills Writers’ Festival (Sept. 13-15), the Hillside Festival, the Downtown Guelph Business Association, and Hamilton’s James St. Supercrawl. 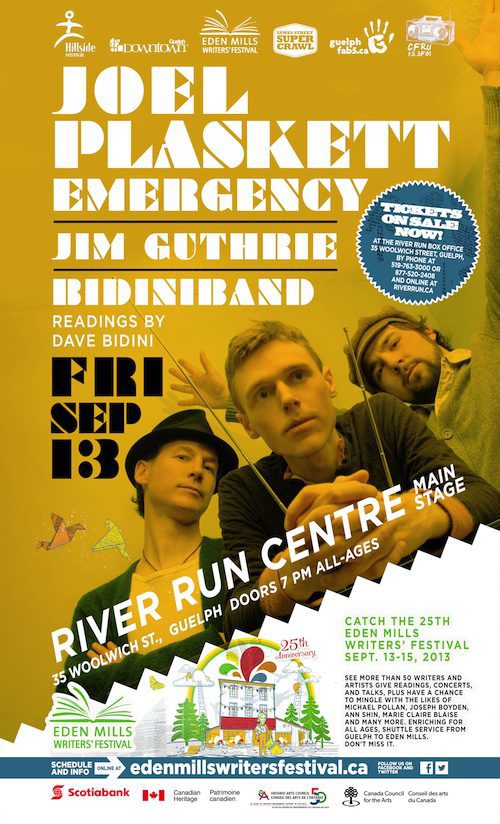