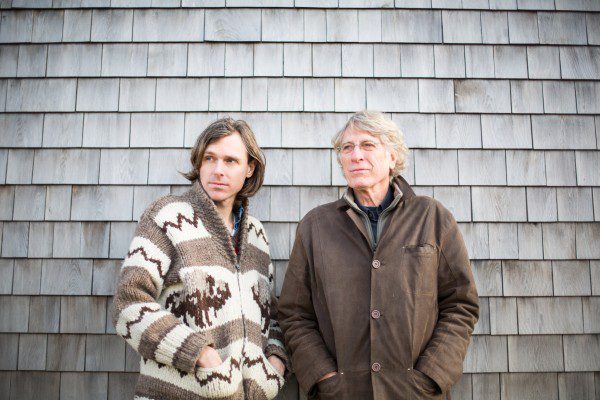 If we are lucky enough to have a loving relationship with our family, there are things we inherit from them. Whether it be a sense of place or worldview, growing up alongside these people will – for better or worse – find a way to shape our perspectives, build our characters and define our sense of place in the world. While earlier in our lives most of us will undoubtedly take their influence for granted, as we get older we all have one or two moments when we realize, to our pleasure and dismay, that we are turning out just… like… them.

Joel and Bill Plaskett will be performing at the National Arts Centre on March 18 in support of their collaborative album Solidarity. The album is a marriage of two different experiences and voices, united by blood and music. I had the pleasure of speaking to Joel, fittingly enough on Family Day, and he talked about the joys and challenges of collaborating with his father, the things he learned about him and the themes that run throughout the album.

Joel and Bill are no strangers to playing together. Bill, an accomplished musician in his own right, has toured with his son many times and appears on several songs off Joel’s 2009 album, Three. A few years ago, Joel thought it was time to feature his father more predominantly.

“I wanted to showcase what he does and have some material that he could sing on his own. I wanted to draw attention to not only our shared influences but the influence that he has on me as well.” Bill grew up in the UK and made his way to Canada in the 1960s and his love and performance of traditional folk music was an important influence on his son.

The influence that Bill has on his son is far reaching and ever-evolving, from the way Joel sings to the way in which he carries on a conversation. “He’s English and he’s got sort of a transatlantic accent. His phrasing and the way he finishes his words is not dissimilar to the way I do because I sort of inherited it.”

In making the record and planning the tour, Joel is starting to realize just how much he’s gotten from Bill. “We both talk a lot, so with this tour, there is much more conversation going on and he kind of likes to meander around a point. So I’m like “oh jeez, is this what I’m like?! Oh shit…” After speaking with Joel for 25 minutes, I could write with utmost respect and delight that this is EXACTLY what he is like.

Joel, who produced the album at his studio, The New Scotland Yard, in Dartmouth, Nova Scotia, spoke of his experience recording Solidarity with his father, which wasn’t without its challenges. “I’ve been making records where I was the writer, singer and narrator on all of it and so it’s much easier to sequence a record when the approach is singular, but here you’ve got two people’s perspectives, and there’s kind of a variety both in age and history too and you’re trying to make it feel like an album.” [READ MORE]

Joel and Bill Plaskett perform at the National Arts Centre on March 18. Tickets cost $29–65 and are available online at www.nac-cna.ca.

Apt613 has a pair of tickets to give away: comment at the bottom of their post here with the name of Plaskett’s music studio in Dartmouth, Nova Scotia. A winner will be determined by random draw on Saturday and notified by email. For bonus points, finish this sentence: “Slap! Shot! Shoot! Score! You just can’t…”