Vue Weekly: Shotgun Jimmie teams up with Joel Plaskett for Field of Trampolines 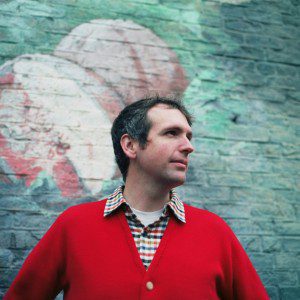 “Join the band, come on tour / Get in the van / What are you waiting for?” sings Jim “Shotgun Jimmie” Kilpatrick on “Join the Band,” the lead track from his new record, Field of Trampolines. A prolific songwriter, Kilpatrick isn’t one to shy away from the open road, often reminiscing on his shared experiences through his lyrics. So, is the music game just a flimsy excuse to get out and see the world?

“It’s a great excuse!” Kilpatrick laughs. “It’s an excellent way to see the world—you’re not just a tourist if you’re working, too. If you’re on tour you get your hooks into the culture a little bit more, in that you are interacting with people from the scene that you’re playing in. It’s like a working vacation. You’re in a little car with this crazy dude in Berlin, and he’s an architecture student showing you all of his favourite buildings in the city.”

Field of Trampolines was recorded at the end of a cross-Canada tour in Dartmouth, NS with longtime friend Joel Plaskett. After having sworn off the notion of ever working with a producer, Kilpatrick had something of an epiphany one night while watching Plaskett perform. [READ MORE]