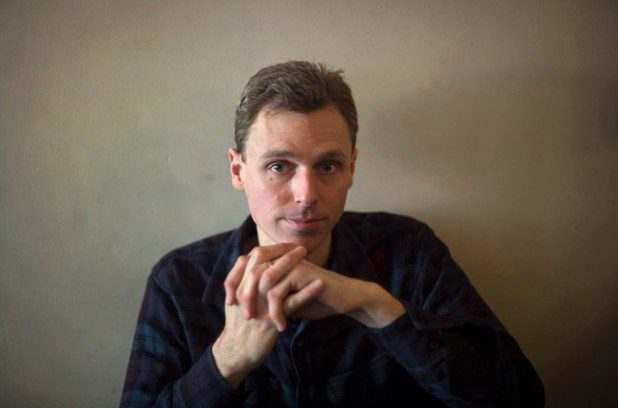 On April 18, Joel Plaskett will turn 40 — and while that milestone doesn’t make him feel old, it might have a different effect on his fans.

After all, some have been following him since the early ’90s, when his sneaky-ambitious, ’70s-worshipping outfit Thrush Hermit kicked up a frothy teenage racket out East.

“A lot of the environments I’ve played music in for years all involve boozing. And a lot of social circumstances involve it. It’s not like the record’s about being sober. It’s not like I’ve ever really had a drinking problem — although I like drinking, sometimes. Then I don’t all of a sudden.

“But more like, you can use booze to heighten your good time or really deepen your bad time, depending on where you’re residing in your cycle of ups and downs. And the record has a bit of that.

“I’m not trying to romanticize it or condemn it. It’s not really a comment on drinking per se.

“I didn’t drink at all as a teenager, in my 20s, but then that changed. And now, alcohol’s part of my life, but it’s not a debilitating part. But you can feel the pull of it, do you know what I mean, and the allure. And the idea that it’d be way easier to have a few drinks right now and not do anything else.”

“I’m deeper in my career than I realize. I start thinking about the guys whose records I admire, like Neil Young or Elvis Costello, and where they were at in this stage in their careers when they were in their 40s. And I’m like, ‘Wait, was I even listening to the records they were making in their 40s?’

“I believe there’s only one way to go: up. I love the idea of getting old with my friends and family. Love might be a strong word. But I don’t have a problem with it. I like that collection of memories that continues to deepen. I’m ready to embrace that. There’s something reassuring about that. You can’t run from it. If you run from it, you just end up being unhappy.

“Part of the reason I built the studio is … I didn’t want my livelihood to be exclusively on the road. Because really that’s where the money is as a musician if you want to make a living, because records don’t sell enough to fund what you’re doing. I’m not the sort of person who writes songs that people cover, because they’re all of a personal nature. I tend to dwell on the idiosyncratic.

“When ‘Three’ was as received as it was, I think it dawned on me that my career isn’t going to go away. And I was nervous about that album. Because that was like, so much material. And it got a lot of critical response. I was like, I guess I’ve been doing this a long time … and it’s not going to evaporate all of a sudden. So that gave me a sense of security.

by Nick Patch, The Canadian Press