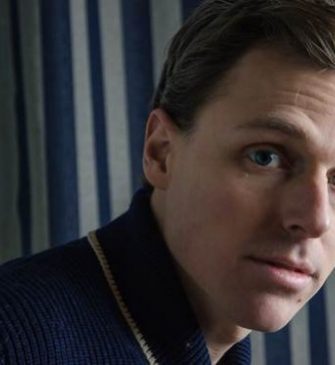 Juno Award-winner Joel Plaskett’s new album delves into the past and the future.

What: Joel Plaskett and the Emergency with Mo Kenney

Joel Plaskett is considered by many to be one of this country’s finest songwriters, if not the king of the heap. But that doesn’t mean he always finds great solace in his success.

“I’ve lived in a suspended adolescence, playing rock music my whole life,” Plaskett said from his home in Dartmouth, N.S. “But a privileged, suburban white kid like myself still can find things to be unhappy about.”

Plaskett, who turned 40 last month, isn’t playing the role of ungrateful rock star. The Juno Award winner and Polaris Music Prize finalist is simply continuing during an interview a thread he explored in the studio on his latest album, The Park Avenue Sobriety Test.

The album has roots in both the future and past — Plaskett’s own, for the most part, but not exclusively (Hard Times, a song by 19th-century songwriter Stephen Foster, appears alongside 12 originals). So Plaskett found a great deal of humour in the album’s unintentional acronym — PAST — which further enforced the political and personal points the former Thrush Hermit frontman was trying to hammer home on his ninth solo album.

“If anything crept into the writing, it was the perspective that parenthood gives you. All the things I care about I cared about before I was a parent, so I don’t want to frame this in a way that says becoming a parent changes the fabric of who you are.

“It’s part of a journey. But at the same time, when you shepherd a young kid into the world, you start thinking about the world he’s going to inhabit. There’s a lot to do before he becomes and adult so that it’s not gonna suck.”

Plaskett, who has a seven-year-old son with his wife, former Brentwood Bay resident Rebecca Kraatz, has been down this road before in his work, but never with such urgency.

Fans won’t hear it in the footloose-sounding music, which was cobbled together at Scotland Yard, his Dartmouth studio, with about 20 friends, guests and collaborators. But the darker tones are there, he said.

“The context of this album is a bit different,” he said. “I’ve always been aware of political things and social issues, but it probably crept into the writing with a little more authority this time around.

“If you’re going to pass things on to your kids, you have to be vocal about the things you care about. There is a slight maturity, for a lack of a better word, that creeps in with that perspective in mind.”

As with all of his work, there is an inherent East Coast feel to The Park Avenue Sobriety Test. That’s as much by design (note the prominent fiddle-playing that guides On a Dime) as it is by osmosis. Plaskett never fell prey to the pull of a bigger city, preferring instead to stick with the comforts of home during his 23-year career.

Did he entertain the idea of leaving Nova Scotia for the brighter lights of music scenes in cities such as Toronto or Montreal? Could he have adapted himself to said surroundings?

Yes on both counts. But at this stage of his career, he is done fretting over what-ifs and why-nots. After all, Vice magazine didn’t call him the Duke of Dartmouth for nothing.

“There is no one right recipe and I would never begrudge somebody for moving away, although I would gently make fun of them,” Plaskett said with a laugh. “I don’t give it a whole lot of thought, other than the Maritimes have been really, really good to me.

That doesn’t mean he let others go without a few friendly words of advice. Plaskett, whose family moved from Lunenburg, N.S., to Halifax when he was 12, has penned a few kiss-offs over the years, none better than 2003’s Work Out Fine and 2005’s Love This Town (lyrics to the former: “All my friends, where did they go? To Montreal, Toronto/All my friends, they split too soon, they split town with the fork and the spoon.”)

That was then, mind you. It has been years since Plaskett was genuinely disappointed at his friends for leaving, be it by choice or necessity.

Everyone has their own life to lead, he said. Better still, if close friends move away, that gives him an opportunity to see them in their adopted hometowns when he tours.

“There was time when a lot of people moved away. I managed to stay, and I have reaped the benefits of having stayed. When I showed up in Calgary or Edmonton or Victoria, there would be these transplanted Maritimers who would say: ‘You stayed! You’re awesome!’ ”

His deep, genuine love for and connection to the Halifax-Dartmouth area have since become a thing of legend. His concerts are almost like old-home weeks for transplanted Maritimers, so much that born-and-raised residents in cities such as Victoria (where he performs tonight) can feel like foreigners during a Plaskett performance.

“I reference Nova Scotia and where I’m from, but I’ve always done that,” he said. “People in my audience feel this connection to home when I show up. They come out to celebrate some of that history, so I don’t run from it.

“But I also don’t romanticize it in the sense like: ‘It’s all about Alexander Keith’s tonight!’ If people come to my show with that in mind, that’s fine. I’m going to sing about the things and places I care about. It just so happens that the places I care about are places that other people and I have in common.”