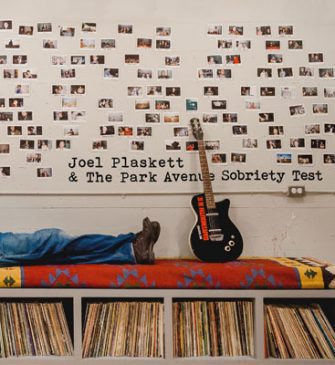 Everyone’s past determines their present. Even Joel Plaskett. And especially now, apparently. As its enigmatically acronymic handle hints, the restlessly creative and critically beloved Nova Scotia singer-songwriter’s umpteenth album finds him sifting the ashes of his youth and coming to terms with impending middle age (he’ll be 40 in April). On the lyrical front, that translates to a slate of nostalgic narratives dealing with life and death, love and loneliness, success and sacrifice, and grasping the difference between being broke and being broken — all delivered with his usual nimble wordplay, grounded narratives and off-the-cuff spontaneity. On the musical side, it means going with the flow, playing it by ear and ticking all the boxes in his stylistic repertoire, from scrappy indie-rock to acoustic folk-blues to Celtic-tinged fare and Americana jams reminiscent of Dylan and The Band’s Basement Tapes. Put it to the test. You won’t be disappointed.