The Globe and Mail: A Plaskett family affair

On the new album Solidarity, Joel Plaskett leans into his folk roots while his dad Bill brings out the songwriter’s political side 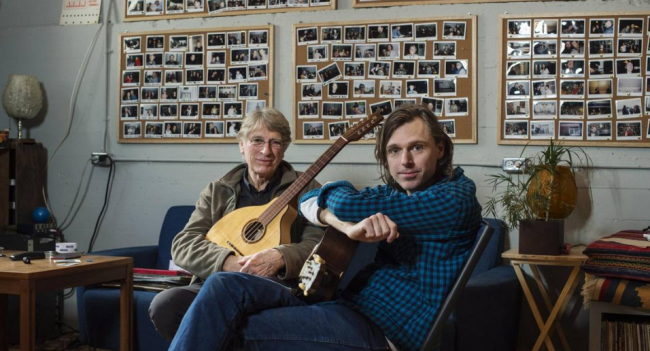 By Josh O’Kane, The Globe and Mail

Loitering in the back room of vintage music-gear purveyor Paul’s Boutique, Bill Plaskett gets a compliment from its namesake owner: “You know, you look like Roger Waters.”

Bill looks back in silence for just a second. Rock trivia is not his forte. His son, Joel Plaskett, jumps to the rescue. “You know him? Pink Floyd.”

“Oh, Pink Floyd, yeah,” Bill says, smiling slyly. These days, the British folk-revival maven is learning a lot from his rock-aficionado son. Three decades after Bill taught Joel the guitar, helping launch him into the Cancon canon, they’re releasing an album together. And as much as it’s a chance to repay Bill for a life of lessons learned, Joel’s still learning, too.

Out Feb. 17, Solidarity is Joel’s ninth proper album since the 1999 breakup of his alt-rock band Thrush Hermit. It’s also the most explicit folk foray of the Halifax musician’s career – built in his co-headlining father’s image, soaked in traditional sounds from both shores of the Atlantic.

Joel’s long toyed with singer-songwriter styles, but this is different. Fiddles, whistles and banjos pop up as Bill finger-picks and Joel strums six-string and tenor guitars. The pair stickhandle traditionals: Bill plays Jim Jones bare-bones, while they trade verses and harmonies on We Have Fed You All for a Thousand Years. Joel, meanwhile, dolls up new songs with trad flourishes. Blank Cheque rollicks like a kitchen-party jam, and the Yellowknife ballad The New California gets a phalanx of whistles. 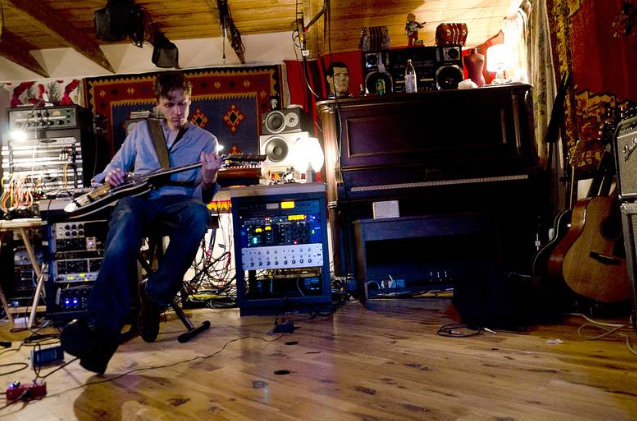 Joel Plaskett in the studio in 2012. INGRAM BARSS

And then there are Bill’s songs, stretching back decades.
The longer Joel’s career stretches on, the more his music returns to his childhood. Sitting on a bench across the street from the Toronto music shop, Bill and Joel discuss recording the album’s final song, On Down the River – a song that had been brewing in Bill for decades. It’s a simple, quick, stripped-down take with just one microphone, a would-be demo done in the lobby of Joel’s Dartmouth studio.

The approach was deliberate. “I tried to make it sound like the cassette of all his songs that I heard when I was a kid,” Joel says.

Joel’s journey from nineties alternative impressionist to burgeoning folk scholar begins with his father. Bill, now 72, grew up working-class in east London, and fell quickly into finger-picking as traditional jazz and skiffle took him headfirst into the British folk revival.

He obsessively followed the careers of revival leaders such as Bert Jansch, John Renbourn and Davey Graham as he travelled to northern England, then Canada, settling in the mid-seventies near Lunenburg, N.S., with Sharon MacDonald, Joel’s mother.

Sharon, a dancer, flooded the home with experimental, jazz and pop music. But Bill’s folk obsession grew after they settled on Nova Scotia’s South Shore. Within a decade of Joel’s birth in 1975, Bill established a coffee house, started his own trad bands and helped found the Lunenburg Folk Harbour Festival, leading to many late-night after-parties at the Plaskett-MacDonald home.

The young Joel, though – his path meandered. Obsessions with Chuck Berry and Billy Joel turned to eighties skate music and, eventually, Led Zeppelin. Bill tried in vain to teach Joel guitar; he tried drums and saxophone instead. It was only when the family moved to Halifax in 1987, and Joel met the friends that would form Thrush Hermit, that he accepted guitar lessons.[READ MORE]