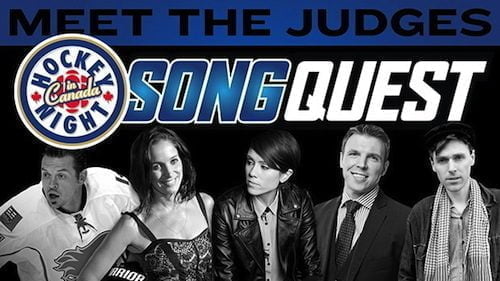 Hockey Night in Canada Song Quest is in search for inspirational, energetic songs to excite hockey fans and is open for entries now at cbcmusic.ca/songquest.

The winning song will be professionally produced by Juno-winner Plaskett and featured in a video montage for an opening sequence of a Hockey Night in Canada broadcast. The winner will also travel to Lloydminster, Alberta to perform their song at the Scotiabank Hockey Day in Canada concert on January 18, 2014.

Judges’ input will be combined with fan votes to pick the winner. Check out Joel’s very own 10 tips to writing a hit song featured on CBC Music.

The deadline is November 20. Click here to submit your entry.