Peter Elkas, the talented soulful songwriting singer, guitar player and JPE sideman is playing a residency at the Dakota Tavern in Toronto (249 Ossington Avenue
(416) 850-4579) for the next two Tuesday in October (19 and 26). Peter’s upcoming record, Repeat Offender, will be released in the 1st quarter of 2011 on New Scotland Records (Joel’s label). Peter’s tunes sound like Bill Wither’s jamming with the Four Seasons in Keith Richard’s garage. Torontonians – be there or square, your choice. 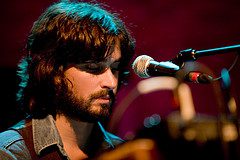