Metro: Joel Plaskett ‘excited to be rockin’ with the boys’ on Georges Island 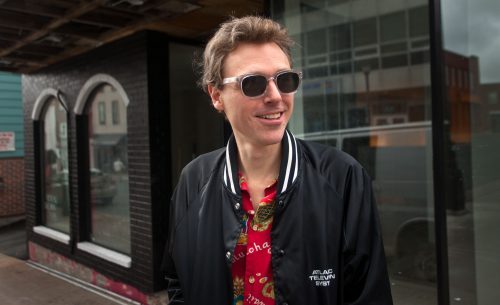 Joel Plaskett outside the New Scotland Emporium in Dartmouth before it opened in 2015. [Jeff Harper/Metro]

You won’t be able to take the usual Dartmouth ferry to the gig, but it’s a show that island girls and harbour boys alike won’t want to miss.

Joel Plaskett Emergency is playing Georges Island this Saturday, with fellow Nova Scotians Port Cities kicking off the day, as part of the Rendez-Vous 2017 Tall Ships Regatta in Halifax this weekend.

“I like the fact that there’s still new places to play here in town,” Plaskett said in an interview.

After more than two decades as a mainstay on the scene in Halifax and Dartmouth, new places for a Plaskett show are certainly in short supply. 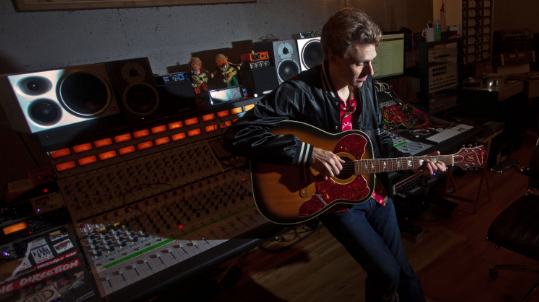 He’s even played on the harbour before.

“I’ve played on the ferry,” Plaskett said. Or maybe it was another boat. Either way, it was with his old band Thursh Hermit in the 90s, and it was “on the harbour, moving.”

But like many Haligonians, Plaskett said he’s never even been to Georges Island, admitting, “I’m not much of a tourist in my own town.”

He just finished zigzagging the country on what he jokingly refers to as his “Star of David Tour” – “it felt like we were drawing a star on the map of Canada.” He played in Ontario, Nunavut, Quebec, and northern B.C. before finding a few days with his family in Vancouver.

On that tour, he went back and forth from playing folk with his father, Bill, in support of their album together, Solidarity, and playing rock n’ roll with the Emergency.

“I’ve been kind of ping-ponging back and forth between the two worlds for the past month, and it’s been fun,” he said.

“I get to sort of have my cake and eat it to: sing quiet and then play loud.” [READ MORE]

Tickets and more info:
The show starts at 12:30 p.m. with Port Cities, and ferries start leaving Halifax at 10 a.m. Tickets are $35 for general admission and $75 for VIP, including the ferry over. Availability is limited, but there are still tickets up for grabs at tickethalifax.com. Admission is 19+.