Me, Bec and Bo

Rebecca and I were lucky enough to see Bo Diddley play Alderney Landing in Dartmouth in 2006. The show was really cool with Bo playing his hits while experimenting with weird effects pedals in ways I wasn’t expecting.

After the concert, Lori, the promoter asked if we’d like to come back stage to meet Bo. I asked my drummer, Dave, who was there with his brother Steve, if he wanted to join us. He declined but handed me his fishing license and asked if I could get Bo to sign it for him.

Becky and I were escorted backstage after the show and were told we’d have to wait until Bo finished his steak before meeting him. After a few minutes we went into the dressing room and were introduced. I remember nervously thinking do I address him as “Bo” or “Mr. Diddley”?

We spoke for a few minutes and Bo signed Dave’s fishing license “Bo Diddley Rocks On”. We were about to say our goodbyes when Bec mentioned how much she liked the cover of his “Bo Diddley is a Gunslinger” album where he’s dressed as a cowboy and there’s a horse in the background. Bo lit up and then proceeded to tell us the story about how he bought horses for himself and his daughter who liked to ride. One day his Clydesdale horse took off uncontrollably with him on it, prompting him to look it in the eye and tell it, ” You’re for sale”. He told us stories about customs agents letting him bring back dingos back from Australia, hiding a crocodile in the trunk of his friends car as a practical joke and also spoke about his maraca player Jerome and his guitar player, The Dutchess, both of whom had passed away. It was such a memorable 45 minutes and I felt so fortunate to be in the presence of a true innovator from the first wave of Rock and Roll. Lori snapped a picture before we left. Bec and I look happy and stunned for obvious reasons.

Later that year I was coming back from Australia and stopped over in LA. While deplaning I saw Bo waiting on his wheelchair as he had some issues with his feet due to diabetes. No one seemed to recognize him but I slowed down and he gave me a nod and wave as my jaw dropped realizing here I was in Mr Diddley’s presence yet again. Not long after that he passed away. 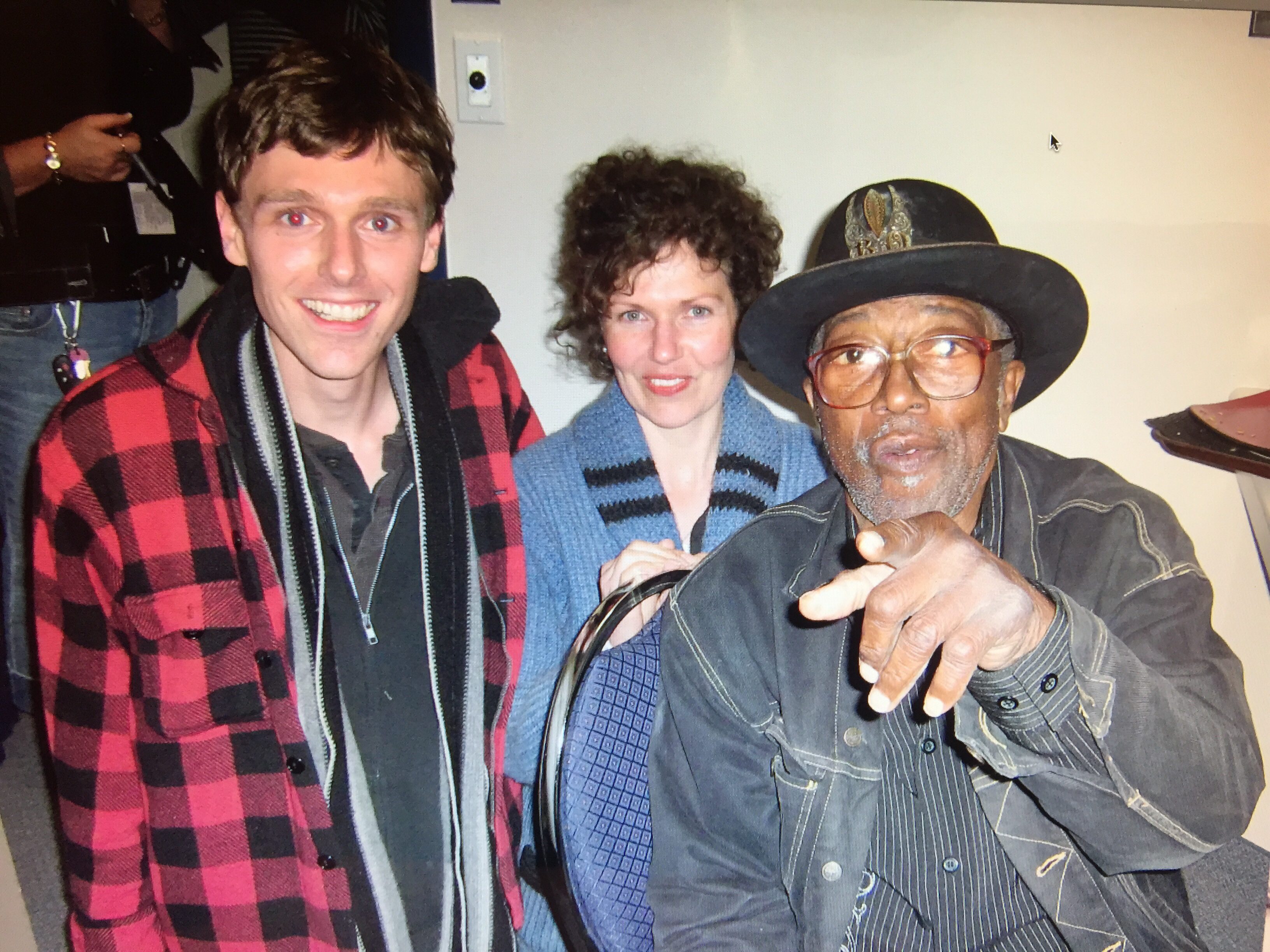