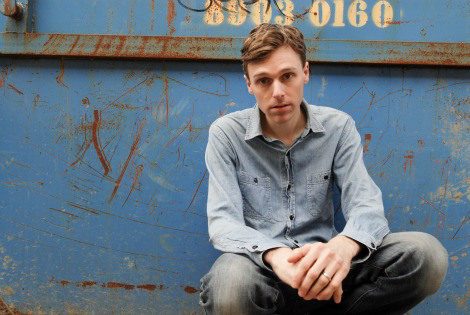 Joel Plaskett is performing at the Marigold Cultural Centre to a sold out audience on Jan. 31. He’s been working with numerous musicians in his recording studio, New Scotland Yard, including musicians from Colchester County.

TRURO – Working with some well-known musicians in his recording studio, it was actually a local ukulele player that Joel Plaskett enjoyed the most.

Plaskett, who is performing at the Marigold Cultural Centre on Jan. 31, said James Hill’s ‘The Old Silo’ was one of his “most enjoyable” albums he’s worked on in the last two years.

“James’s album was one of the first really big projects we worked on in the studio after we set up a new console,” said Plaskett. “Working with him and (his wife) Anne Janelle was so much fun. They were both really professional in the sense that they knew what they wanted and executed it well. That makes it easy as a producer.”

Having been in the music business for years with Thrush Hermit and Joel Plaskett and the Emergency, as well as releasing solo albums, Plaskett opened New Scotland Yard in early 2013. He had first met Hill a few years ago at the Lunenburg Folk Festival.

“I knew about him by his virtuosity, and he approached me,” Plaskett said about working with the musician who lives in the Brookfield area. “I just thought our esthetics would jive.”

He said the idea of working with the two musicians is something he would “entertain in a heartbeat” if the opportunity were to arise.

“I know some people do continue to work in the same avenue and it’s great when somebody comes back to you,” he said, noting he’s worked on Mo Kenney’s two albums and has had a longstanding relationship with Two Hours Traffic. “But I also recognize when musicians go do other things and work with other producers. I really enjoy being in the studio.”

That enjoyment was recently recognized as Plaskett was honoured with the Producer of the Year award at Nova Scotia Music Week, held in Truro in November.

“That was a really nice surprise,” he said about the win. “I was keeping some great company (in the category). There are a lot of good people doing some great work in Nova Scotia.”

But while he’s been busy working with other musicians, Plaskett is also working on a new album of his own – Joel Plaskett & The Park Avenue Sobriety Test, which is due out March 3.

The album features numerous artists, about 20 different musicians in total.

“There are lots of songs of the full band, some rock, some quiet introspectives. I think a lot of people that know my music will listen to the album and think it makes sense. It is reminiscent of every record I’ve done, but it has its own distinctive flavour,” he said, adding about half the recordings have live, off the floor sounds.

When it comes to his ‘Joel Plaskett Duo’ performance at the Marigold, the musician says he’s not sure yet who will make up the “duo” aspect.

“I wouldn’t be surprised if it’s my dad, but it could be Johnny,” he said of his keyboardist. “It really depends on what kind of set I want to play. I find the best way to approach a show is to see how I feel a few days in advance.”

He said he often changes the set list during the show, depending on the audience and the vibe he gets from them, and any requests that are hollered out.

The show begins at 7:30 p.m. Tickets are sold out, however there is a waiting list at the Marigold’s box office.