Joel Plaskett performs "Love This Town" while driving around Halifax 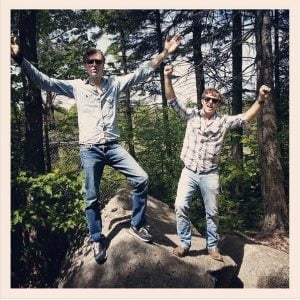 If you consider yourself even remotely a fan of Joel Plaskett, you’ll probably be familiar with his ode to his hometown of the Halifax, “Love This Town.” It’s a classic.

You might also remember that the proud East Coast singer-songwriter named his award-winning 2007 concept album Ashtray Rock after his woodland teenage hangout near his childhood home in the Halifax suburb of Clayton Park.

For this CBC Music Beetle Roadtrip Session, Joel Plaskett serenades me with “Love This Town” while giving me a driving tour of his favourite haunts of Dartmouth and Halifax… and concludes with an epic quest into the suburbs to see if we can find the long lost actual Ashtray Rock. It’s Plaskett’s first time back in twenty years.

(And if you aren’t a Joel Plaskett fan yet, this video just might win you over.)