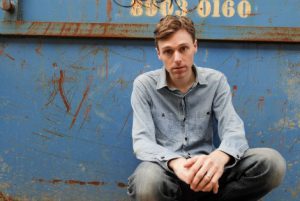 ‘Tis the season to look back on the latest and greatest of this past year? We’ve been spending the last few weeks poring over the best indie songs, best albums and best lyrics — but how about we take a little time to look forward?

2015 is just around the corner, and with it comes a slew of terrific new Canadian album releases. You’ve probably already whet your appetite with some of that new Whitehorse and Dan Mangan + Blacksmith coming down the pipe, but did you know we’re due for some new Destroyer and Joel Plaskett, too? Plus some long-awaited new tunes from the Elwins and Purity Ring. And maybe Grimes will finally release her hotly anticipated, scrapped-and-re-recorded album.

We’ve picked out 15 albums we’re looking forward to most in 2015, from surefire, expected releases to fingers-crossed, please-tell-us-it’s-happening records we can’t wait to (hopefully) get our hands on soon.

Click here to view the full gallery of the 15 most anticipated Canadian indie albums of 2015. What new music are you looking forward to most? Tweet us @CBCRadio3.

Oh, Joel. We’ve been waiting ever so patiently. The Nova Scotia singer-songwriter has been understandably busy, producing new work for folks like Mo Kenney and Old Man Luedecke, but it’s been a long wait since Scrappy Happiness dropped in March 2012. Back in the spring, it was announced Plaskett had signed to Pheromone Recordings for his new album, expected out in early 2015. Fans who have flocked to live shows over the last year or so will know he’s already been unveiling new songs — it’s just a matter of time until we hear them all in one nice little package.