Family ‘Solidarity:’ Joel Plaskett melds father’s music with his own on new album

After years of floating the idea, the Nova Scotia father-son duo has collaborated on an album for the first time.

By Aly Thomson, The Canadian Press 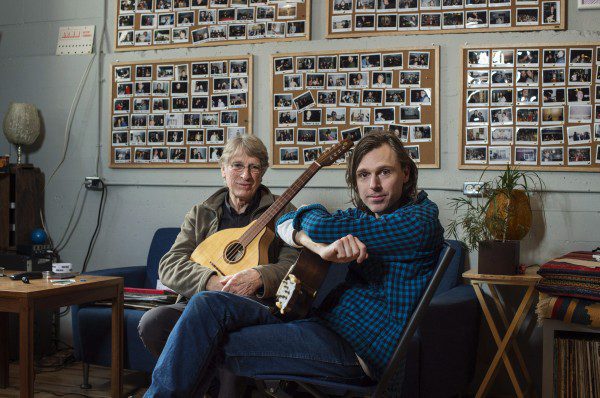 HALIFAX — More than 30 years ago in the picturesque fishing town of Lunenburg, N.S., a young Joel Plaskett would sift through his father’s record collection and watch him play guitar with a keen eye.
Bill Plaskett — a British immigrant who plucked strings at Maritime kitchen parties and coffee houses in the 1990s — had an early hand in kindling his son’s musical curiosities, a calling that would thrust him through an enduring career as a celebrated Nova Scotia artist.

After years of floating the idea, the father-son duo have collaborated on an album for the first time —”Solidarity”— a record that’s firmly rooted in Bill’s English folk influences, but still upholds Joel’s signature rock swagger.

“I think the clock was ticking for us to make a record together,” said the younger Plaskett, sitting leg-over-leg on a tufted brown leather sofa in his Dartmouth, N.S., recording studio.
“It was fun to try and make the album work where it sort of told our individual stories in small fragments, and our collective stories together. That to me was the fun of it and also the challenge. It was not as easy as I anticipated it to be.”

The album’s track list is a patchwork of their respective unused songwriting material. But within the vast repertoire is a clear through-line: a vocal and instrumental dance between two generations of Plasketts.

Some of the songs date back decades.

“I found these tapes of dad singing all these original songs and as a teenager I would listen to them,” said Joel, his shoulder-length brown hair tucked behind his ears.
“So I went back to a few of those tapes and would say, ‘Hey, what about this one,’ or ‘Why don’t we sand the edges off that one’.”

The 11-track album opens with the gripping “Dragonfly” — a definite merging of the two Plaskett’s distinct styles.

The song builds from a folk melody with Celtic flair and gritty vocals to a jarring breakdown reminiscent of Joel’s past catalogue. A fiddle and electric guitar take turns being the instrumental interlude’s vanguard. 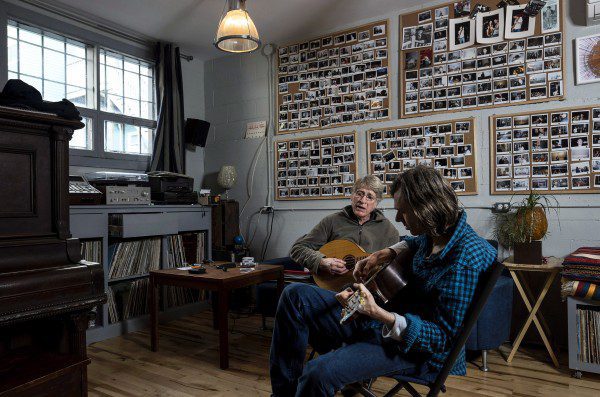 The inspiration for the tune came from a paranormal experience. After several unexplainable occurrences at his studio, Joel hired a medium to “clear a ghost out of the place.”

“The day after that, we found a dragonfly on the floor of the lobby in the studio,” said Joel, whose studio New Scotland Yard also houses a storefront with a barber shop, record store and cafe all sharing the space.

“I looked up dragonflies, and in certain cultures, they kind of represent spirits that have moved on… and of course it can all be this long coincidence, but I think I’m just starting to believe much more and I’m feeling it more in my heart, the interconnectiveness of everything.”

On the lively “On Down The River,” Bill sings solo about his childhood in England, sitting on the banks of the River Thames and fantasizing about one day leaving.

“I grew up in a housing estate, with all the houses the same, and I kind of escaped from that by going down to the industrial banks of the Thames, with old rusty freighters leaving the port,” said the older Plaskett in a baritone English accent, clasping a coffee mug next to his son on the couch.

“And so it was the notion of imagining yourself going away, which I eventually did.”

The album was recorded last year during a time Joel found to be “really taxing emotionally with what has been going on in the world,” namely the American election.

“That was sort of there in the background as this pressure, and without sounding too corny, the idea of playing music with your family and the idea of coming together…” he said, trailing off and looking towards his father.

Although not overt, Joel said there are political undertones on “Solidarity.” But he hopes the music can exist outside of the issues that divide society and serve as a peacemaker.

“The audience may disagree on a ton of things out there in the world, but when they come together liking music, or just being in the room with music, that kind of can just go away for awhile,” said Joel, who has advocated for local causes, including the fight to save a historic arts centre in downtown Halifax.

“For me, that’s what I want it to do for me this year, to still remain engaged in what I care about and to see if we can be involved in making the world a better place… but having it start on a family level and bringing that into a larger world with friends and family and audience and trying to do something that feels good, even if you’re angry.”[READ MORE]