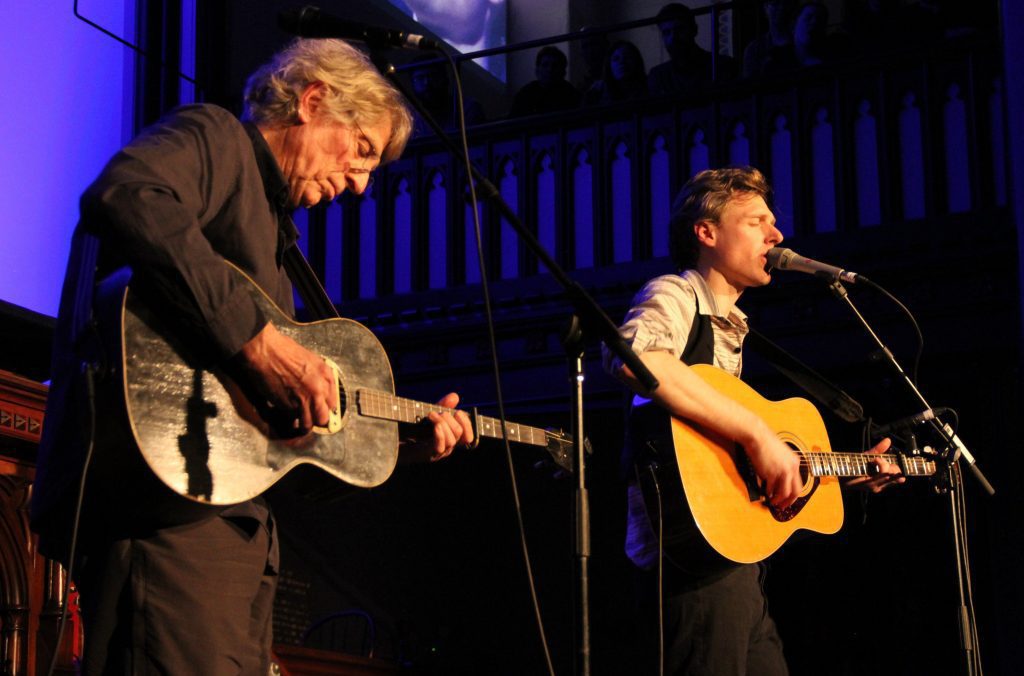 Playing with his father in Fredericton for the first time since his 2009 Three tour, Joel Plaskett was specifically asked by the Shivering Songs organizers to reunite with Bill onstage for this year’s festival. Opening with the relatively dark “Heartless, Heartless, Heartless,” the duo started with songs mostly from Three, quickly picking up the set with “Through & Through & Through.” [READ MORE]