Coming Up on the Strombo Show: Joel Plaskett 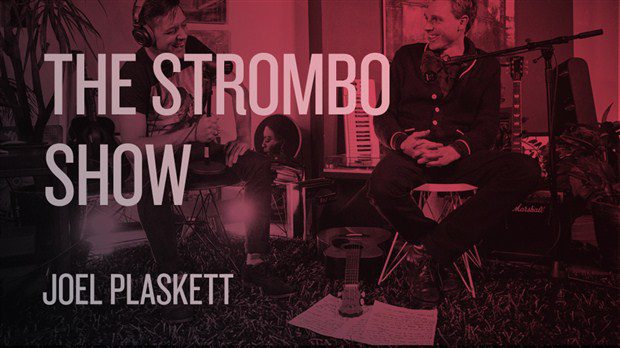 “I’m not down on my luck or behind on my dues. I’ve got some kind of f–ked up illegitimate blues.”

The Strombo Show will be running the gamut this Sunday night, keeping the spirit of radio alive by delivering the best records in the best order. It’s a show for music lovers by music lovers, ranging over three hours of commercial-free music to honour both old and new.

George Stroumboulopoulos will be joined by our friend, the prince of Dartmouth himself, Joel Plaskett for an acoustic performance and intimate interview in the House of Strombo.

Plaskett is one of our nation’s finest music makers. He is known best for his Juno Award-winning activity as a solo artist, for the sounds he cranked with the beloved Thrush Hermit and his production skills behind many singer-songwriters like Mo Kenney.

Ahead of his upcoming album, Joel Plaskett and the Park Avenue Sobriety Test, and another extensive Canadian tour, Plaskett will delve into the past, explore his formative record collection and debut a handful of brand-new tracks in the House of Strombo.

You can read more about the show here and be sure to tune in Sunday night on CBC Radio 2 or CBC Music from 8 to 11 p.m. to catch the full interview!

by Colton Eddy, The Strombo Show