An indie darling with a stubborn streak 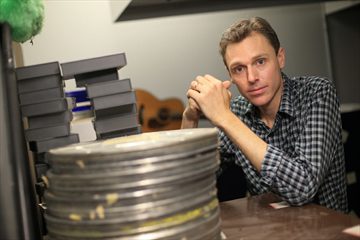 A couple years ago, journalist Josh O’Kane had Joel Plaskett on the phone, and was pitching the idea of writing a book about his career.

The Halifax-based songwriter and musician, the man who’s spent two decades building an adoring fan base across Canada, said he was on-board with the project — but he didn’t want to trouble anyone.

“He said, ‘Don’t go out of your way, man.’ He didn’t want to inconvenience me,” said O’Kane, a New Brunswick-raised journalist who now writes for the Globe and Mail.

“He said, ‘You don’t have to come all the way out here.’ I thought that was a pretty Maritime-y response.” [READ MORE]