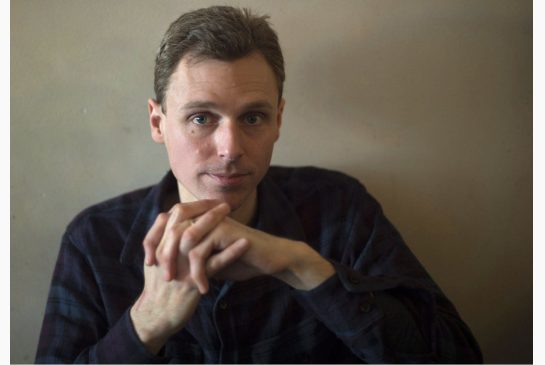 Joel Plaskett, who arrives at Toronto’s Danforth Music Hall on Friday night, is a little preoccupied with the passage of time on his latest album, The Park Avenue Sobriety Test. We thus got him to look back on more than 20 years’ worth of music making and curate a playlist of songs that stand out from the pack.

From the Back of the Film, from Thrush Hermit’s Clayton Park (1999)

“For me, it kind of bookends the Hermit’s career. It’s the first song on the last record, but me and Rob Benvie demoed it at this jam space when we were 18 or 19. It was a toss-off.”

True Patriot Love, from the Joel Plaskett Emergency’s Down at the Khyber (2001)

“I felt like that was the first — for lack of a better word — ‘pop’ song I’d written that sort of rolled a couple of things into the words. It runs on a couple different levels. It’s condensed and it’s tidy, and it actually means something in three minutes.”

Work Out Fine, from the Joel Plaskett Emergency’s Truthfully Truthfully (2003)

“It’s a live staple. It’s one of the songs that’s almost never left the live set. And it’s really malleable; we can push and pull it because its groove is so static and straight.”

“This is the first song I wrote on the four-string tenor guitar, which really sort of opened up a new melodic sense to me. It was one of those songs where an instrument led me down a path and now I probably write 25 per cent of all my songs on this little tenor guitar.”

Nowhere With You, from the Joel Plaskett Emergency’s Make a Little Noise EP (2006)

“It’s one I wrote really fast. It was a quip that my wife made. I was leaving the house and she was, like, ‘Where are you going?’ And I said, ‘Oh, I’m going nowhere.’ And she was, like, ‘Can I go nowhere with you?’”

“That’s one of my favourites. I wrote a lot of Three travelling and I wrote most of the words to that on a plane to Memphis — not being in a car. . . . It’s probably still my favourite song to play nightly.”

“It’s kind of a self-indulgent pick because it’s 12 minutes long. It’s a song about returning home: just travelling and trying to get back where you’re from. At the end, I’m singing to my cat, White Fang, because nothing represents arriving at home more than the cat that didn’t even know you were gone.”

“In terms of big rock songs, that’s my favourite. Lyrically, it represents how I feel about things right now — just about the passage of time and the acceleration and how you’re looking backwards and forwards at the same time.”

“It’s probably my favourite right now from the new record. It leans into a slightly more socio-political place than previous songs of mine and I like what it says in few words.”

“It’s just another one of those that wrote itself really fast. And it’s fun. . . . Despite that song’s earworm, borderline-annoying choral qualities, beneath it the stuff I’m writing about within the song I believe.”